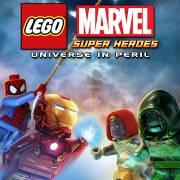 Get it from Google Play 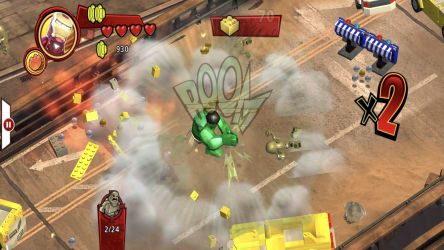 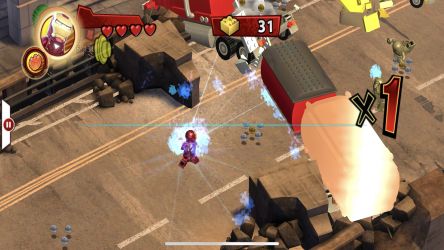 This game is filled with many hours of content and transitions that take up a lot of space! If you install via wifi, you'll need 2.2gb of free space on your device, but if you download and sync on your computer, you'll only need 1.1gb of space.

As with many large application installations, we recommend that you reboot your device after installation as this will resolve some stability issues. Also make sure you have the latest firmware installed.

An internet connection is not required to play this game.

- Over 91 playable characters such as Iron Man, Spider-Man, Captain America, Wolverine, etc. that can be unlocked as the game progresses. Access to a select family of characters at any time through our in-game store purchases.

- Switch between "console" and "touchscreen" controls to find the game style that works best for you.

Players will need to chase cosmic bricks around, from throughout LEGO Manhattan to several key locations in the Marvel Universe, such as Stark Tower, Asteroid M, Hydra Base, and the X-Men school.

Play as your favorite Marvel characters and help save the planet with a variety of cool superpowers:.

Spider-Man: launch spider webs, use spider sensing to detect objects invisible to other characters, climbing walls; and, of course, can fly and swing with spider silk.

Captain America: can throw his indestructible shield at objects and enemies, or jam it into walls to create padding, and can also use it to protect himself from harm.

When playing as "big guys" (like Hulk and Abomination), you can use a new power move.

Smash through walls, throw cars, and turn the world upside down with your super strength!

Explore LEGO Manhattan like never before, visiting iconic locations in the Marvel Universe like the X-Men School, Asteroid M and Asgard.

Experience thrilling and original storylines with the classic adventure and humor of LEGO games.