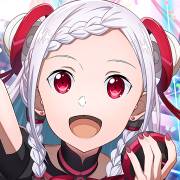 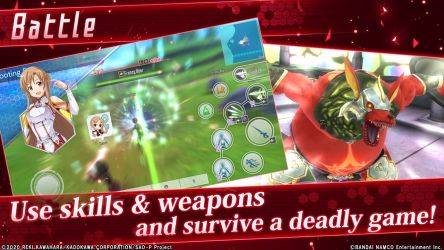 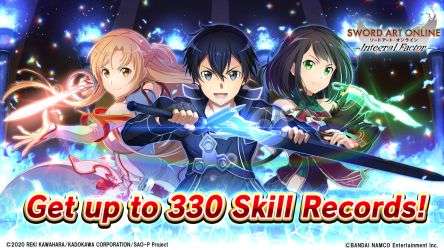 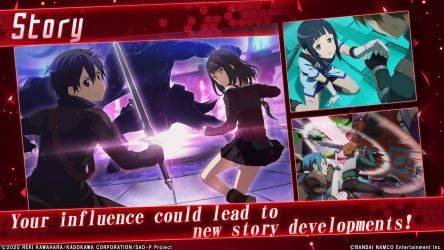 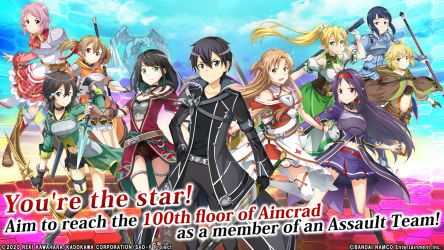 And you, the protagonist this time, what if you are trapped in a game of life and death?

In 2022, the first fully submerged VR MMO game "Sword Art Online" was released for the world, with 10,000 players getting their own copies. However, on the day of the game's release, all 10,000 users were trapped in the game space after trying it out and noting that it was a beta test, being trapped in the game There is also, you will meet named Haru another beta tester, who played during the test and committed to meet the full game. Unbeknownst to you you are actually imprisoned in disguise and before you know it there is no exit button in the game menu and the real game begins. In this game you, as part of a commando team, need the other imprisoned players to join you in reaching the 100th floor of Ayn Grunt!

So both the player and Haru are forced to grab as many resources as possible in order to survive until they fight their way to the 100th floor to pass. However, if you die in the game, you will also mean that you will die in real life. Along the way, players will also meet several people who will accompany them on their journey through the game of death.

In the alpha raid, players will fight alongside the leader of the team, Diawel, and the protagonists of the original anime series, Kiryu and Asuna. Diawel attempts one last attack, but misses, leading the player to protect him from a fatal hit from the Boss. He survives, while Kiryu is rewarded with a final attack, which leads the rest of the raid to accuse him of being a batterer, or a Beta tester and cheater in one.

The rest of the story continues in the video game, which currently covers levels 1-25. However, the events of levels 15-19 are not included in the game.

You can experience meeting familiar characters and connecting to the original SAO story from your own POV.

Experience behind-the-scenes stories not found in the original SAO, and a completely different story development! Live out your "what-if" story that influences Ayn Grant!

The game into the face can be pinched, after the completion of the game can enter the game, new tutorials and characters I, follow the attack dodge use skills, guide the player to use the various functions within the game, follow the main line on. Players use several different types of weapons to fight, note that the game does not have two knife flow, up to one hand sword (or other one-handed weapons) one shield, including swords, fine swords, daggers, wolfsbane, bows, axes and spears. Users can also use special powerful attack sword skills, with a certain cooldown. Up to four sword skills can be equipped and performed in quick succession with other players, which is called switching. You'll need to work with raiding parties throughout the land, fighting together to defeat powerful monsters and daunting missions! Forging more powerful weapons, using skills with various effects, and preparing for each enemy's weaknesses and attack patterns are all key to your success! Equip them with extra stats by using abilities or passive skills. Skills indicate rarity based on the number of stars and can be obtained from the store by purchasing orders or as rewards for missions or special events. Players can also equip potions in the potion slots to heal in battle. Up to 4 different potions can be equipped at the same time.

The in-game currency, called Colonel's Shop items. However, they can also spend Arcana Gems in the Arcana Gem Shop to purchase special, specialized or limited items and skills. Supreme Gems are more valuable, more difficult to obtain, and are usually used as a reward for earning achievements. In addition to killing monsters or clearing floors, users can earn Cole by exchanging event items, with a maximum Cole earning limit of 99,999,999 Cole.