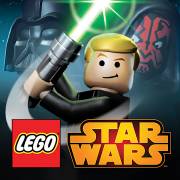 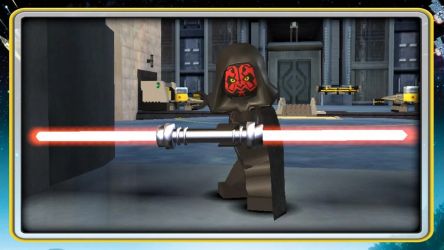 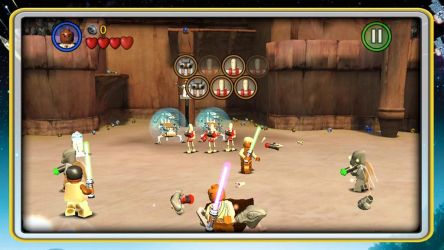 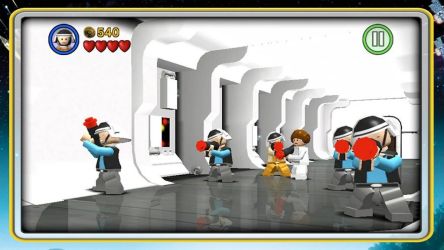 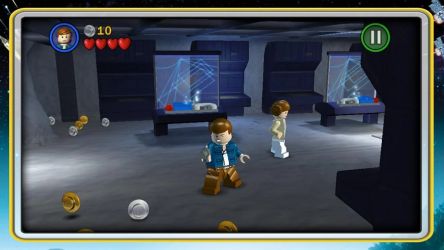 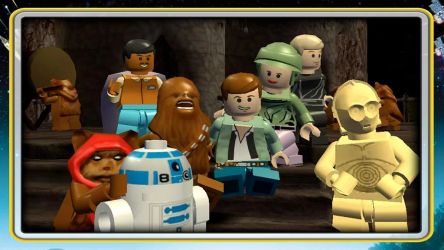 I do not know if you have ever played Lego blocks, I believe that in many people when they were small to put together the blocks will find it a particularly interesting thing. This game is to Lego Star Wars, as well as LucasArts company cooperation in the development of a three-dimensional action game. The characters are all in the image of Lego blocks, like this type of style of partners must not miss it.

The background of this game is from the anime Star Wars Lego chapter, the game on sale, sales have been occupying the top ten, and the plot of the game also revolves around the plot of the anime, there are many details and fun hidden in the game waiting for players to discover. The whole world is in the form of Lego blocks, the characters, spaceships are building blocks, although the picture looks simple, but actually looks quite clean and sophisticated, depending on the plot of the film, the players can play different main characters in the game. As the game progresses, other characters can be obtained and replaced in the game, and each character will have its own unique skills to help players collect various items or overcome various obstacles.

The game uses faux 3D graphics, the map and characters look very realistic, players can have a very good sense of three-dimensional when playing. The characters' movements are also very vivid. In addition, at the beginning or end of each level, there will be a 3D CG screen, like re-experiencing the classic scenes in the movie, and the original sound of the Star Wars movie BGM, the perfect blend of music and scenes, the achievement of this extraordinary and wonderful game.

After the game begins, you will play the character to play through the level and the battle, of course, you want to successfully solve the problem in front of you must understand the game inside the various mechanisms. So as to become the strongest Jedi. Let's follow the plot to the first level, in the background of the game, the anime attack volume of the Galactic Republic trade federation attempts to rely on the huge warships to collect taxes by force, in order to solve the conflict, you will play inside the Jedi to go to peace talks. Pilot your plane, point the bow of the ship to the tarmac, and land. Follow the guide droids to talk about things, remember to set the middle chair right to enter the negotiation. But the other side does not want to talk and set a trap to try to murder, this time you have to start fighting.

Follow the game's instructions to defend, attack, and dodge. When you encounter a blocked door, you need to cut a hole in the door to leave, and when you successfully escape from the place, then you need to follow the plot to inform the other countries, as well as to maintain the conflict of the war. Of course you can also complete the levels in the game in your own order, after all, in the game not only the main process, there are some incidental additional tasks, you can look for some mini tools in it, while completing the level challenges, some collectibles at the very beginning is not to get. After unlocking more characters and abilities to be able to find, so there is no rush in the early game to collect by boat, wait to unlock more things later, and then come back again can. After passing the main line, you can also re-explore the previous levels.