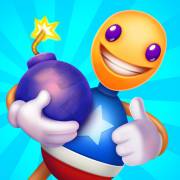 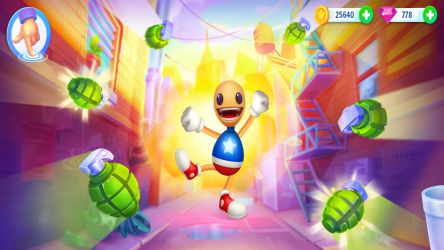 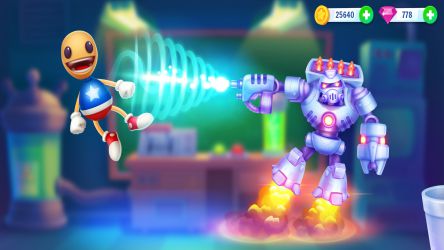 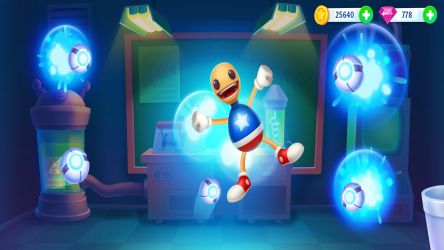 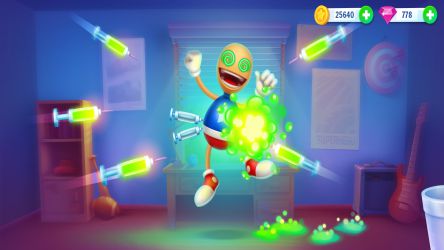 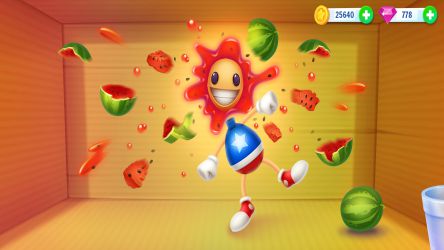 Introduction to - Kick the Buddy: Forever

If you're looking for a relaxing, fun and addictive game, stop your search and play this game now. It's sure to get you hooked!

Kick the Buddy: Forever is a fun game designed for players to release their stress and worries. There are many ways to release stress, but the best way is to beat someone up. In reality this is illegal and cannot be done. But you can do it in the game. The object of your revenge is a puppet called "Buddy", who is funny looking and looks like he needs to be beaten up. You can beat up the puppet as much as you like, using all kinds of weapons and props, shooting, smashing, freezing, tossing, exploding, destroying, shooting, etc. There are no limits and the game is super free to play in any way you can imagine. Here you can vent your frustrations and displeasure to your heart's content. It's for everyone, everyone in a bad mood.

Kick the Buddy: Forever is currently at the top of the official Google App Store free games hit list, with over 10 million uses and a content rating of 4.3 for players aged 10+. Give it a try if you like. This simple game is a great way to de-stress and vent your frustrations.

1、Simple and fun click and play, so you can easily have a good mood.

2, beautiful cartoon style game graphics, to give you an unbeatable experience.

3、The game's combat and background sound effects are very interesting, giving you an immersive sense of leisure.

How do I play Kick the Buddy: Forever? Once you've entered the game, an opening animation will appear in the screen, with Buddy waving and greeting you. Once it's over, you can start beating him up by tapping on his body, and you can even drag him around to give him a taste of the over-the-shoulder slam. "Buddy will also giggle and whine every now and then, as if he's protesting against you, but don't worry about what he's saying, just beat him up. You'll be rewarded with coins for beating him up, and the harder you beat him up, the more coins you'll get. The harder you hit him, the more coins you get. You'll also get a mystery reward with a new weapon, lots of gems and gold coins you can get, all of which are randomly awarded and not fixed.

Next, on to the second level, and look! "Buddy is still provoking you, blowing bubbles at you and being very unpleasant. Take out your saw and teach him a lesson, see if he dares to do it again. Drag the saw close to him, he will jump up and down in fear, don't let him get away, drag the saw and attack him until there is a green power bar in the top left corner of the screen and the damage is full, then you can complete the second level. You can view the weapons you have in your arsenal, some of which you can use for free and others you need to spend gold and gems to buy. Of course you can also watch ads to gain access to weapons, but it will take you some time.

If you like stress relievers, if you've been a fan of other Kick The Buddy titles or games in the same genre, then don't miss Kick the Buddy: Forever!