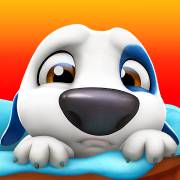 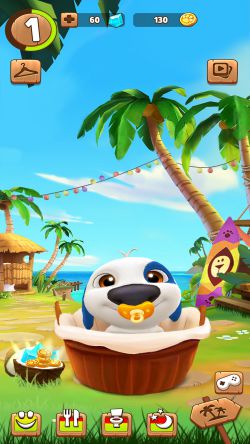 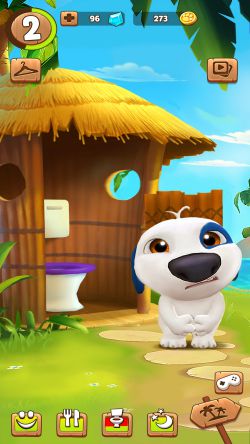 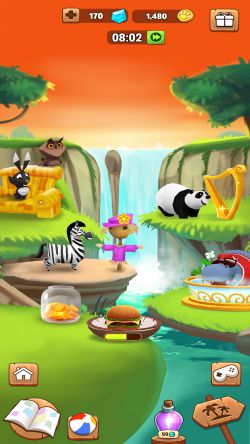 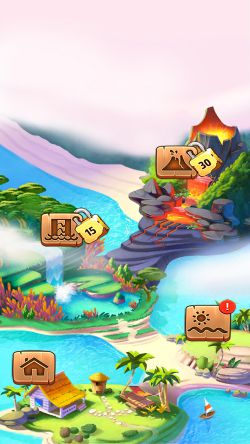 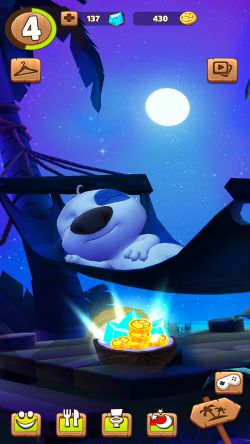 Introduction to - My Talking Hank

Have you ever played with a talking tomcat? Are you impressed by a funny and cute tomcat that talks like its owner? Would you like to have a talking dog like Tom Cat? The game we are going to introduce today is My Talking Hank, which is from the same series as Tom Cat.

My Talking Hank is a game from the same series as Tom Cat. The main character is a white dog with a blue black ring around his right eye, blue ears and two dorky hairs on his head, making him a cute and silly little white dog.

My Talking Hank's protagonist, Hank the dog, continues the characteristics of the talking tom cat, that is, he speaks like his master, but in addition, Hank has his own characteristics.

My Talking Hank is not only a game for adults, it is also a game for children and teenagers from the age of eight years old, in which we are responsible for taking care of Hank, feeding him, bathing him and putting him to bed when it is time. The game is very interactive and gives us all the fun of having a virtual pet dog.

As his owner, our main task is to help Hank Dog collect photos of all the animals in the game and help him collect their photo albums.

My Talking Hank is a cute pet game. When you first enter the game, you will get a Hank dog of your own, just turn on the recording access in your phone and your Hank dog will be able to talk like a tom cat. Hank's voice is a cute child-like voice.

As Hank the dog is still a little white dog There are a few options underneath Hank Dog on the home page, namely feeding him, giving him a bath, going to the toilet and sleeping him, so we just need to follow the instructions in the game.

When Hank the dog needs to sleep we need to click on the sleep screen, there is a small hammock in which Hank the dog is lying on, we just need to slide the sun inside to turn to the moon, Hank the dog will fall asleep and our task will be completed.

As Hank the dog is a little white dog who likes to take photos, his wish is to be able to collect all the small animal albums in the game, so our main task is to help Hank the dog to find various small animals and take their photos for the album. Click on the animal and the photo screen will appear, take a picture and put it in the album.