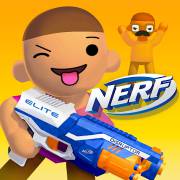 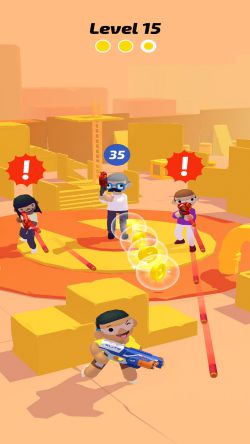 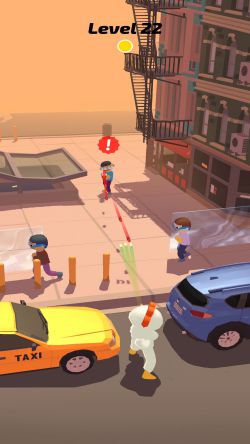 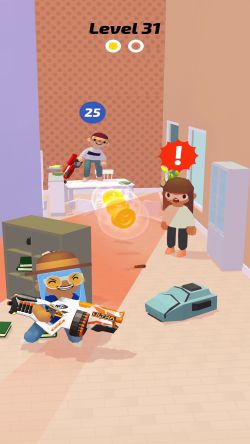 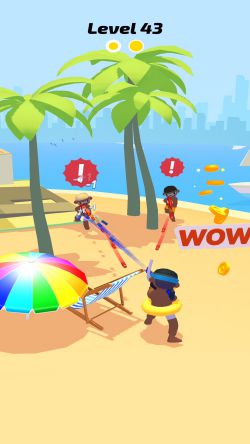 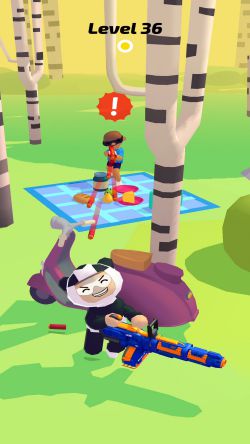 NERF Epic Pranks is a real-time strategy game released by HOMA GAMES in April 2020. The game's graphics are simple, but the details are not relaxed because of the simplicity of the graphics. And although the characters are simple in appearance, the body movements are very vivid and detailed, which can be said to be lifelike. The theme of this game is mischief, so the whole game is full of light-hearted atmosphere, the character image is also very rich, there are interesting glasses, cartoon hats and interesting clothes, so that players can match their own satisfaction with a game character. In addition, the game's sound effects are very cheerful and have a sense of rhythm, creating a very interesting game environment that can give players a different shooting game experience.

In NERF Epic Pranks, players will play a child who likes to play pranks, when others are not paying attention to prank on others, it is necessary to pay attention to be sure not to be found by others. With the prank, players can unlock a lot of interesting characters and a variety of skins, for example, players can dress up as a ninja or a clown look. In addition, there are many guns that can fire NERF blasts in the game, and as the game progresses, you can unlock them all.

NERF Epic Pranks is a cartoon style prank game, players can shoot other characters in this game by firing NERF shock waves to achieve the purpose of pranks. The gameplay is very simple and free, suitable for most players!

NERF Epic Pranks is a casual action shooting game made by HOMA GAMES, players only need to use their Nerf guns to shoot at enemies, as the game progresses you can unlock a lot of different characters, various clothes and more Nerf guns. This game is not too difficult, and the game is very free, can help players relax, is a very good game oh!

NERF Epic Pranks is a seemingly intense and exciting shooting game, but in fact is full of casual attributes. In the game, players need to use firearms in different scenes to shoot a variety of people, in each person will have a number on the head, which also represents the number of times the player needs to attack, when these numbers are clear, the player's prank will be successful. In this process, the player shooting before you do not need to aim, but need to avoid the sight of the people you attack, yes that red range, is the enemy is looking at the range! In this time you have to hide in the game behind the cabinet and other objects, like hide-and-seek, and then take advantage of the enemy's line of sight to move away, find the right time to shoot him!

The operation of the game is not difficult, but more of a test of the player's observation and reaction ability! Although NERF Epic Pranks is a shooting game, the upbeat rhythm gives a very relaxing feeling! It's a good choice to play after work!

In the game, play pranks on everyone in front of you, and don't get caught! Most importantly, I hope you have fun!