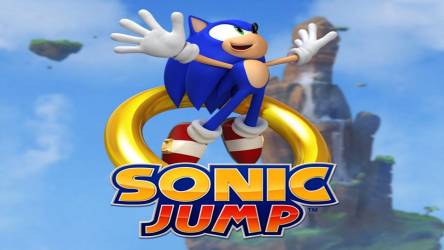 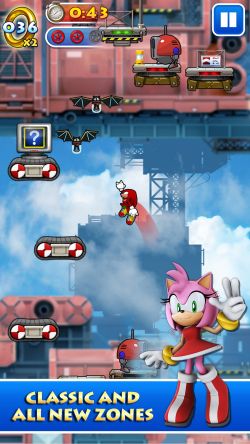 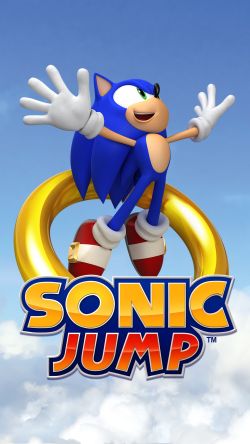 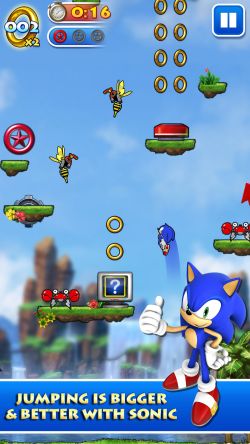 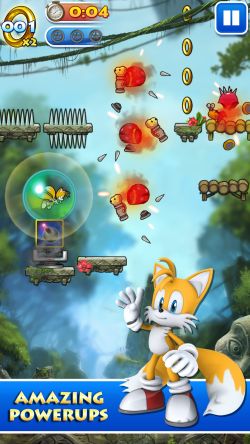 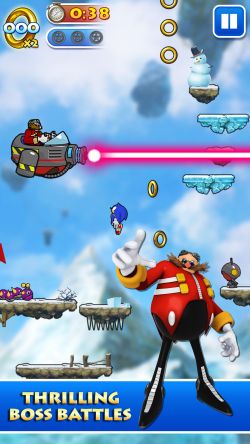 Join Sonic and his friends as they battle Dr. Eggman, jump, spin and take to the skies!

Sonic Jump offers a new arcade style adventure. Tilt and tap your way through story levels and Arcade Infinite mode. Access new and classic Sonic levels for hours of fun. Challenge friends from around the world to see who can jump the farthest.

Sonic and Friends Play as Sonic or his friends Tails, Knuckles, Amy, Rouge, Silver and Blaze. master each character's special abilities and attacks!

Worlds Travel across the legendary green hill country or into new worlds including mountains, jungles, blue skies and mechanical zones.

You must quickly pass each level and win big prizes. Each level and both game modes have special rewards for completing special tasks.

Collect rings as you play the game or buy them in the store to unlock characters, enhance props, and more.

Compete with players around the world to see who can jump the highest in Arcade mode or set epic scores on the global leaderboards.

Unlike the traditional Sonic the Hedgehog series of games that use horizontal running to get through the game, in Sonic Big Jump, Sonic no longer runs, but jumps vertically and vertically over each pedal. Players can control Sonic by tilting their iOS devices to the left or right. Sonic will automatically jump after landing on the pedals, and can make Sonic do a "two-step jump" by tapping the screen. Gold rings collected in each level are accumulated and can be used to purchase additional game content, such as props or more game characters.