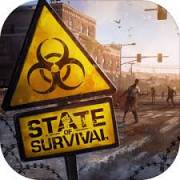 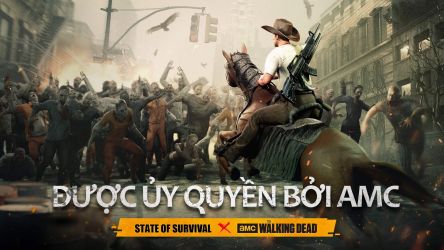 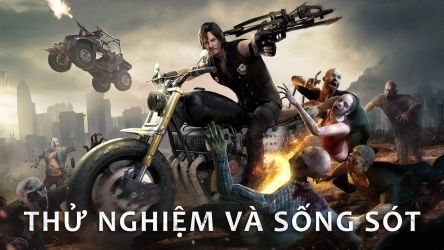 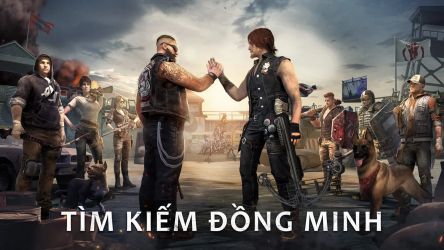 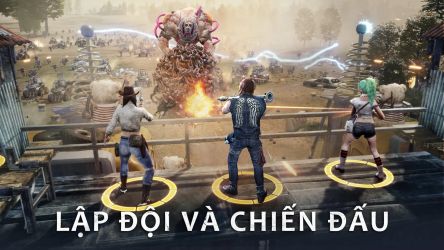 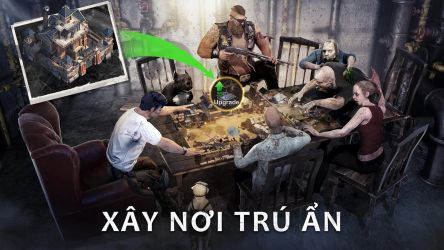 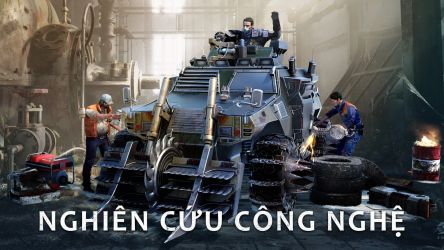 Great news for those of you who enjoy watching zombie-related shows as now you can be a part of the world of zombies in this awesome survival game that we know as the State of Survival Walking Dead. This is a free-to-play action-packed role-playing game that is based on the famous AMC series called ‘The Walking Dead’ and the comic series with the same name created by ‘Robert Kirkman’. It is all about fighting with different types of enemies including zombies and humans using your skills to fight and strategize your progress in the game.

This game follows a narrative where you, being the protagonist, along with other survivors of a zombie apocalypse, fight against the ‘Walkers’ (another name for zombies in ‘The Walking Dead’) and enemies including the powerful ‘Negan’ and ‘Governor’ to survive and progress in the game. You will be provided with many choices throughout the game, and the decisions you make will directly affect the story.

The characters you come across in this game are taken from different series including ‘Telltale’s’ video games, the comics, and the novel. Your strategies to fight and win fights along with Rick, Michonne, Maggie, Glenn, and other familiar characters and new characters that are exclusive to this app.

You can get the State of Survival Walking Dead for free from the Apple Store or the Google Playstore. However, this game comes with in-app purchases that you may or may not choose to play and progress in the game. The aesthetics of this game adds to the seriousness and intensity of the raids and missions. The ‘Raid’ mode is a player vs. player mode, which gives you the advantage to invade the ‘towns’ of other players to draw out their resources.

To make the game more challenging for you the zombie fights include different types of enemies and challenges to make the missions more difficult to achieve. A team with strong characters and efficient planning are the keys to winning your missions. Here are some of the most exclusive features of this game:

● Make a team of strong members – Collect new ‘Survivors’ who belong to the world of ‘The Walking Dead’, each of whom is equipped with a strong 'battle' strategy.

● Lots of battles – This survival game is about fighting ‘Survivors’ and ‘Walkers’ using effective strategies and headshots to kill your enemies.

● Strategy is the Key – The better you prepare a 'battle' strategy, the more you will score while fighting your enemies. The stronger your strategy is the safer you can keep ‘Woodbury’.

● Survivor Upgrade – As you level up in the game you get to customize the ‘Survivors’ so that they have better chances of winning missions using improved skills, strategies, and weapons. As the ‘Survivors’ progress in this role-playing game, they get stronger to get rid of more ‘Walkers’.

● Building and Expansion – As you progress in the game you can build houses for holding the ‘Survivors’, and other spaces like a ‘Workshop’ and a ‘Town Hall’, etc.

● Exclusive 3D Locations – The game features actual locations that are found in the comics, including locations like ‘Woodbury’, ‘Alexandria’, and ‘Sanctuary’, etc.

● Online Alliances and Live ‘In-Game’ Events – You can team up with other online players to make alliances and pool resources to win your missions. Moreover, you can participate in live events to receive new ‘Survivors’ and valuable resources.

After the description of this survival zombie game, let us shift our focus to how to play this exciting game.

Once you have started the game, you will have to give access to your media, files and photos in order to start. After granting all access, you will be taken to a scene in which ‘Rick’ and ‘Maggie’ can be seen surrounded by zombies. You will have to follow instructions to kill the zombies, and this is where you will learn about ‘Adrenalin Rush’, which is unique to each character and their qualities. After killing the zombies, you will be taken to a scene where the ‘Survivors’ will attack ‘Maggie’ and ‘Glenn’, and you will be given directions to kill them. Once this is done the back story will begin in ‘Woodbury’ and you will be introduced to the characters. Here you will be asked to type in your name, and then you will move to chapter 1, which starts with different missions to win.

The following are some guidelines that you will require as a beginner while playing this survival game:

● Opt for Raiding – ‘Raids’ can be fun and exciting, and you can get the most out of your victories while raiding. This option is available on your screen’s topmost part, and after you have selected this mode, you will need to select the strongest ‘Survivor’ in your team and provide them with the best weapons that you have collected. You have to strike your enemy as fast as you can can so that you can take down multiple ‘Walkers’ to win the raid.

● Building your team – Campaign is one the most interesting modes you will find in this game. Here you have to build teams of strong members so that you can win your fights against enemies time and again. It is best that you form a team that consists of fast and strong characters so that you can easily defeat strong enemies.

● Options in Regions – If you are not happy with the region in the game you have been provided with you can go to the settings and change your location. You can even opt for regions that come with different tournaments, factions, and raid leaderboards. Even if you opt to change the provided region, there will be no changes in the gold you have collected so far, and all the progress you have made so far in the game will be saved on the servers.

● Upgrade Your Characters – If you are serious about progressing in this game you have to upgrade characters as your level moves up in the game. Opt for characters that have 3 or more stars because their overall statistics show that they are comparatively more powerful than the others.

● Earn More Tokens – On completing raids you will receive ‘tokens’ (in-game) in the form of rewards. ‘Tokens’ play a big role and are crucial in how you progress in the game. You have the option of using these ‘tokens’ on the ‘Recruit and Rewards’ page instead of using your gold. There are ‘Weapon Tokens’ and ‘achievement rewards’ that you can use as and when you deem necessary since they come with no storage limits.

Now that you know all about the State of Survival Walking Dead it is time you get started with this exciting survival game, but if you have already experienced playing this game, then please do not hesitate to put down your views in the comment section below.