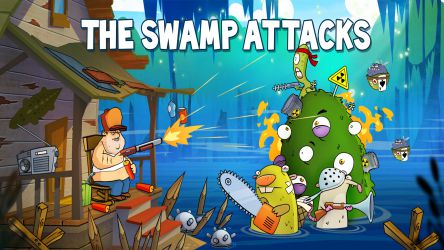 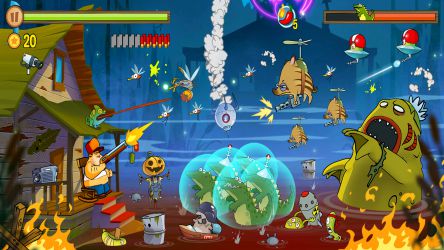 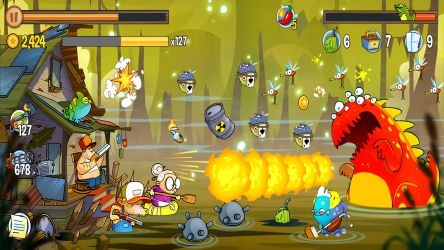 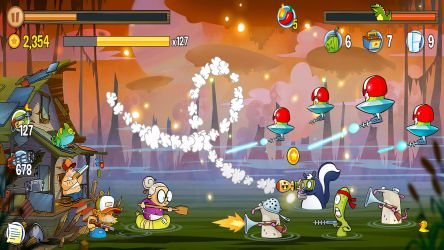 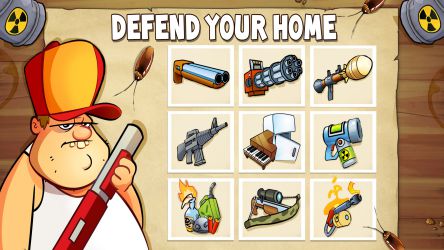 Swamp Attack is a fun-filled strategy game created by Outfit7 Limited Games and released on Android and iOS devices. I'm sure you're no stranger to this game company as it is also the developer of the super popular Talking Tom Cat game. Every title produced by this developer has been a huge hit, and believe me Swamp Attack is definitely a sincere title to be recommended for those who like to give it a try.

2, plus the dynamic rock music, bring you relaxation and leisure at the same time there are more happy.

3、There are a lot of props and weapons waiting for players to unlock and experience.

4, using the turn-based gameplay, players can use the cool skills and special effects on the battlefield to kill the enemy to win.

The game is a great way to get the most out of the game. Come and help the uncle to protect his home!

How do I play Swamp Attack? The game is very easy to play, and there is a friendly newbie tutorial at the beginning to guide you into the fun game, just tap on the screen to see the various destructive animals coming at you, and Uncle will automatically raise his gun and shoot at them. Don't let them get to shore, once they get into your house, it's game over. Defeat all the enemies that appear in each level to take on a new challenge.

Once you enter the game, there is an opening animation which tells the story of an older man who is lying on a chair taking a nap when a sudden sound of water wakes him up and the game begins. The mechanics of the game are turn-based, which is friendly to new players, and the difficulty level ranges from easy to hard, which gives new players a chance to get used to the game, so that they don't start off with a high level of difficulty, which makes it impossible for them to pass the game.

In each level there will be random items such as rubber ducks and gift boxes that will give you coins, medical kits or firecrackers to help you complete the level more easily.

The main currency in the game is gold, which can be earned by completing levels, and can be used to upgrade guns and purchase weapons, or to directly purchase explosives and other secondary weapons to enhance your combat power.