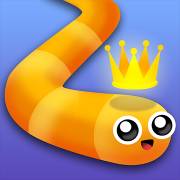 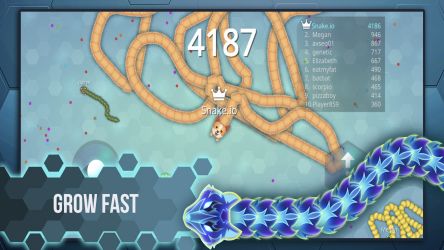 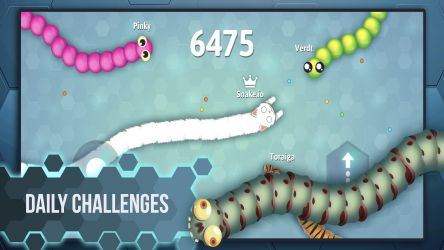 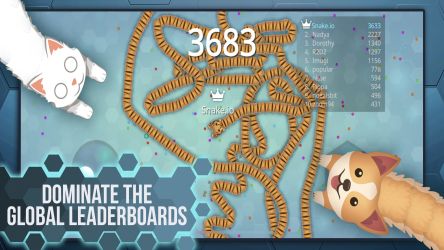 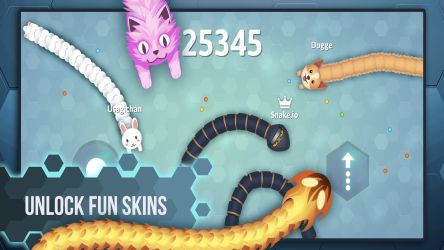 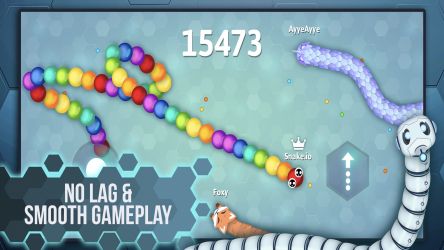 Are you getting bored playing the warrior and heavy-weight games online? Then you must try something relaxing like Snake.io. Here you can improve your skills, as you will try to survive as a snake. The game platform will be filled with different sizes of worms or snakes, and even though you don’t like reptiles, you may grow fond of the gameplay. You will start as a small snake, and the bigger ones will try to feast on you. But you will have to turn the game by becoming bigger and eating others. You have to attack your opponent with a mass eject booster. Even if you are small, you can always win. If you are interested to play it, you need to know How to play it and the tips and tricks of this role-playing game. Here in this article, we have explained the gameplay, read on to know more.

This is a multiplayer online video game, where you have to become bigger and eat other worms. When your snake becomes big and can take on other snakes easily only then you can trap smaller reptiles. You must start with small steps because if you try to take down bigger snakes at the beginning, they will eat you faster. So, you need to think strategically and wait until you get bigger to take on the smaller snakes. In addition, you will get two orbs that are different from the other orbs on the game board. When a snake falls and crashes, they provide all the orbs they have previously consumed. A big snake will offer more orbs when it dies. You can find the same to feed your snake so they become big. If your snake becomes enormous, you can catch and destroy a lot of other reptiles.

Snake.io is all about feeding your snake, making them big, and defeating all the other small reptiles on the board. Every level will have something new, and you can progress confidently with careful observation and your skills. Here are the key features you need to know to dominate the game.

● Better battery and CPU performances for playing on your mobile

● The game has no lag for connectivity problems

● You will grow faster and reign over the board.

You can easily avoid the longer snakes because this game is AI-driven. You can outsmart the artificial snakes and save your life. After playing for a little while, you will understand the patterns of the snakes, and this way you can easily slither past them. The bigger snakes will move in the same pattern, and they will be easy to avoid. You can chase the smaller ones to eat, and you will never go unfed.

The game offers various upgrades and the newest ones are, your will get, snakes in the sky, which is the latest event. You will get better optimization and other things and some bug fixes.

To get the best ideas to play this action role-playing game, you must understand the gameplay. Check out the steps below to have better ideas.

Once you have read the Description of Snake.io, you will be ready to know more about this multiplayer game. After you understand how to manage the game in your favor, you can win every time. This game is based on worms and swallowing them whole. For this, you must be versed with the tips and tricks to become the dominator of the game board.

Let’s take a look at the steps to play Snake.io.

1：At the beginning of the game, you are small in size, and to get big you need to follow a big snake on the game board. Stay at the end of its tail, or middle section. This will help you when the snake dies, you can eat the orbs immediately before anyone else. However, you have to be careful while following this strategy, because other small snakes will be doing the same, so you might have to get into a fight with them.

2：A growing snake needs to feed as much as possible, and this is the way you will get a large snake in Snake.io. You need to gobble up the leftover glowing dots on the platform as much as you can. When a larger worm dies, they leave a lot of glowing orbs, and to eat them you might have to engage in a fight and it can kill you. Until you become a skilled snake, you must stay on the outskirts, and wait for the other reptiles to clear the field. Then, you can enter the board to eat the leftovers.

3：As you are trying to destroy your enemies on the game board, other snakes are also looking for the same opportunity. If you see smaller snakes, they will try to destroy you, but you will get alert when you have been targeted. A nearby snake might start to follow you, and if you are not big enough, the best you can do is run. If you are big enough to fight back, then you can coil yourself around the smaller enemy, and this way you can protect your head. The rewards in this game are skins and cosmetics. You can earn them when you win each level, also using some codes.

4：Watch videos when you have eaten some snakes and now you are full. Also, you already know the moves of other worms. You can watch the ad videos to relax and then when it’s over you can start the game from the same point you have left it. They will have the same mass just like before.

The game is very simple to play, yet it will be easier when you understand the gameplay. Snake.io enables you to play with snakes. The game circles around feeding the snakes, and destroying others. Also, you will have glowing dots to feed the reptiles. Learn from initial levels and be watchful. The later levels will be challenging, and you will face difficulties winning the levels. You can enjoy the game when you are idle and not feeling like using your brain that much. The game also upgrades with a new event, like various problem fixes and new additions.

Playing this multiplayer online game will give you more knowledge about snakes and worm-eating, and you can play the game on your mobile. Once you understand the gameplay, playing it will be very easy for you. Also, when you have finished playing the game, try not to forget to share your valuable opinions in the comment part situated at the bottom of the screen. Your opinions will influence other action online multiplayer game enthusiasts to play and offer their reviews. We can create a game community for Snake.io to assist others who want to play this game.